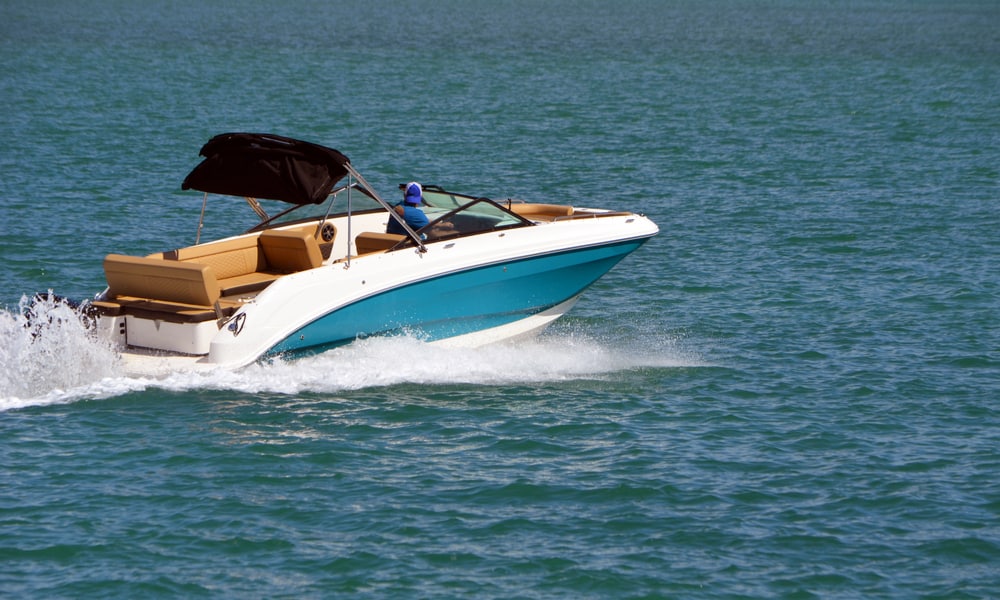 In the driving world, commonwealth countries tend to keep left while the US, Germany, and much of Europe prefer the right side of the road. But in the boating world, waterways have no distinct lanes. How can you be sure who gets dibs? Is it just about having a bigger boat? Right-of-way rules for boating can seem puzzling if you’re new to sailing. Let’s demystify this! 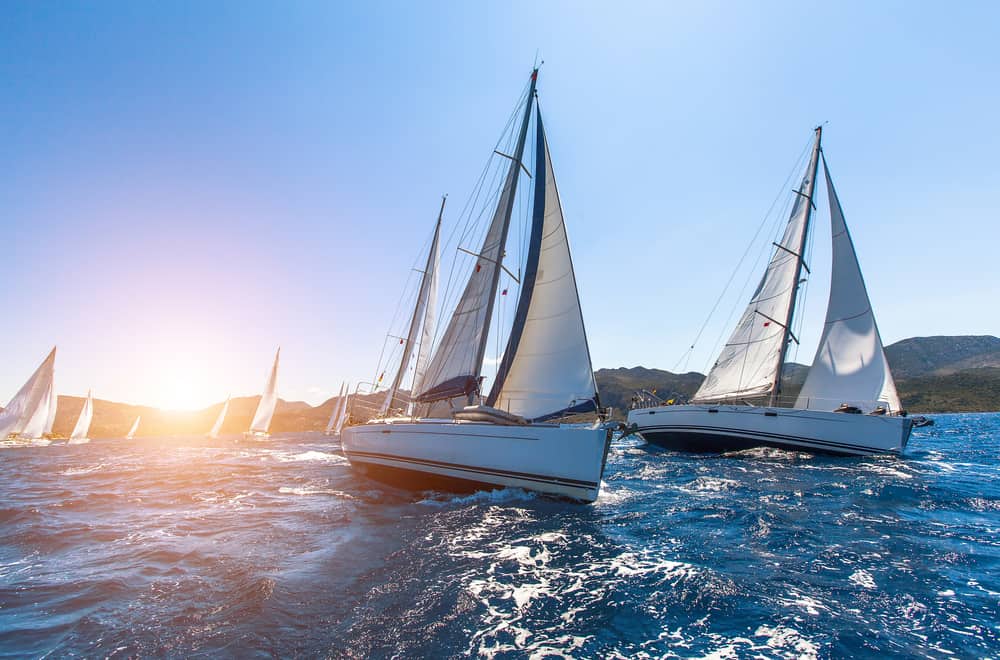 As we discuss right-of-way rules for boating, we’ll need to use some jargon. Nothing fancy – just the basic vocabulary you’d pick up at the marina or boating store. So let’s start by getting familiar with the main keywords related to boating. This will include boat parts and more.

Now that’s out of the way, let’s look at a few crucial tips that govern right-of-way rules for boating. Some of the factors that affect right of way include how the boat moves (e.g. sails vs oars), what the weather is like the type and size of the boat, and local marine regulations.

Tip #1: If you’re inland, the rules are special

Right-of-way rules for boating are sometimes described as rules of the road, even when they essentially apply to water. And these rules are divided into two – inland and international. Inland rules cover rivers, lakes, and large bays where local boats interact. International rules are sometimes called (anti) colregs. These collision regulations prevent global incidents.

Before sailing into international waters, checking the colregs is standard practice. But it can be equally helpful to peruse the local regulations because marine borders can be murky, and everything escalates once there’s a language barrier with national pride at stake. Local laws are especially important at popular piers where waterways are narrow and traffic is high. 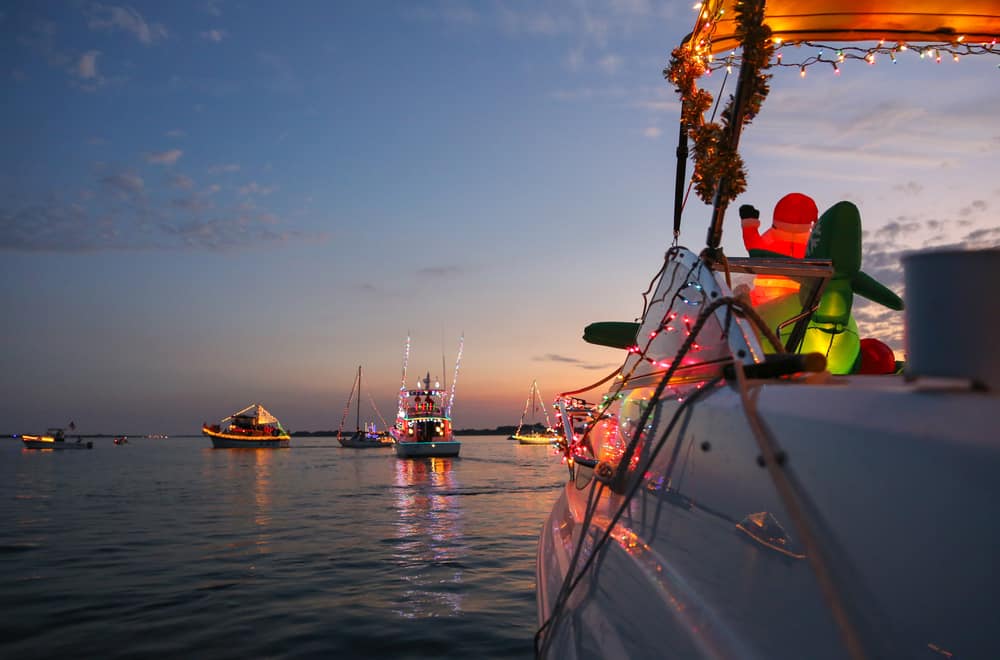 Before we get ahead of ourselves, let’s talk about boating sidelights. Most boats have a red light on the left (port side) and a green light on the right (starboard side). These lights are called combination lights. And depending on where your boat is, you might see one of the lights or both, but only if you’re approaching another boat from the front or the side.

First, confirm whether you’re the give-way vessel or the stand-on vessel. If you have right of way, you probably don’t need to do anything. But if you’re giving way, steer your boat towards the green light bulb – that’s the starboard side. As you pass each other, the opposing lights of your boats will face each other, since you’re crossing on the port side of your rival. 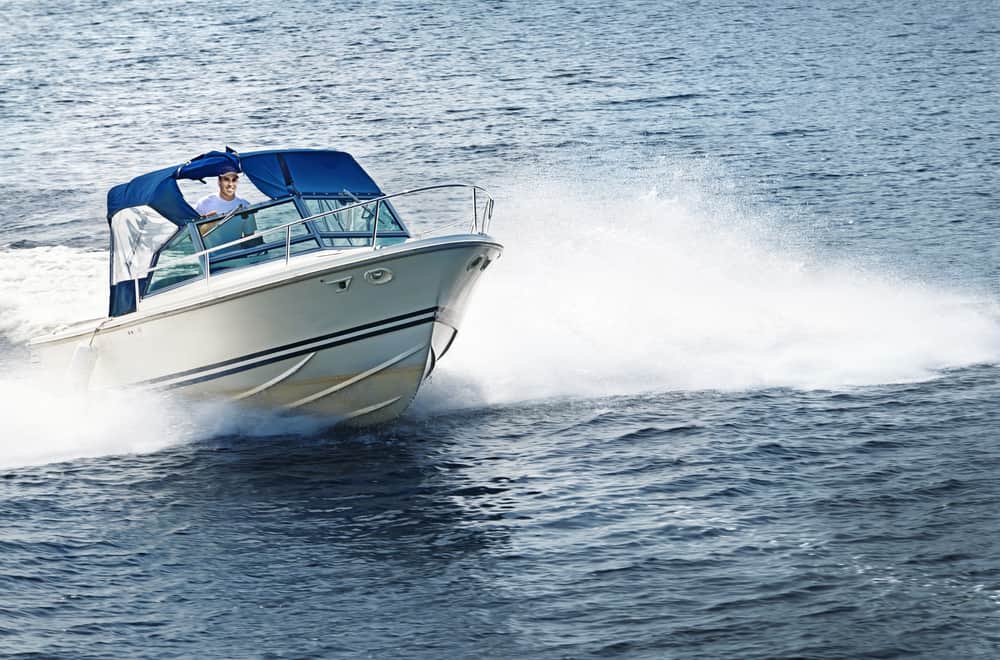 The simplest way to remember who has right of way is … right there in the word, pun intended. If you’re in a situation where you’re not sure who goes where just steer to your right. This is especially important if you’re meeting another boat head-on and you’re uneasy. Here’s the rule of thumb – you should always pass another boat on its port side (left side).

This is because the steering wheel is generally on the right side of the bridge or console. So as you’re calculating your position, the body of the boat will lie between you and the other one. This way, you’ll psychologically give each other a wider berth (literally!) and you’re less likely to crash your boats. You’ll also have a clearer view of any barriers on your ‘driver’s side’.

Tip #4: If they’re not changing course, maybe you should …

Sailing at night can be frightening, especially at high speed. And it can be just as challenging to take your boat through stormy, foggy, or low visibility weather. So you’ll need to be on the lookout for the ocean lights on other boats. You’re likely to see a green light and/or a red light, and they’ll both guide you on which boat currently has right of way – is it you or is it them?

If you see a green light going from left to right, you win. Stand on and stay the course. But if you see a red light going from right to left, you need to move out of the way! The idea is that you should both be moving to the right, so if the other boat isn’t, they know something you don’t. They’re sure they have right of way and won’t give in. Take one for your boating team. 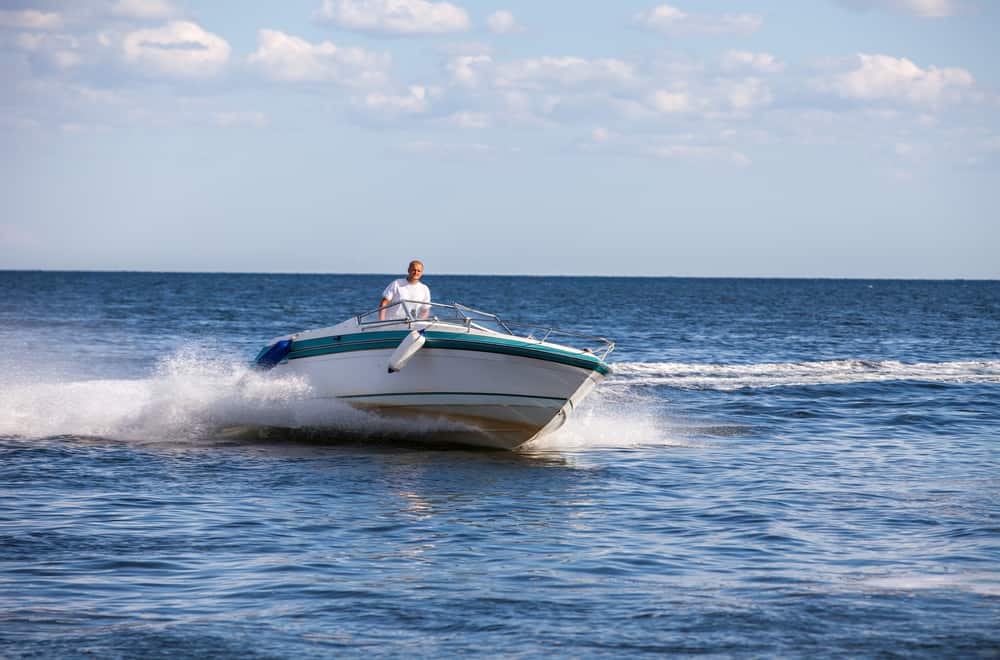 Unlike cars, boats don’t have side mirrors or rearview mirrors. So you don’t always have a clear shot at what’s behind you. That means if another vessel is trying to pass you, you have two moves – stay calm, and slow down. It’s easy to get startled when another boat suddenly pops into your peripherals, so don’t make any sudden moves. You have the right of way here!

The vessel that’s trying to overtake you can technically speed past on either side of your boat. But you can’t see them coming, and you can’t see each other’s sidelights. So it’s up to them to avoid crashing into your boat. If you’re the one doing the overtaking, it’s your call. Safely approach the boat without ramming them or derailing their course with your boat’s wake. 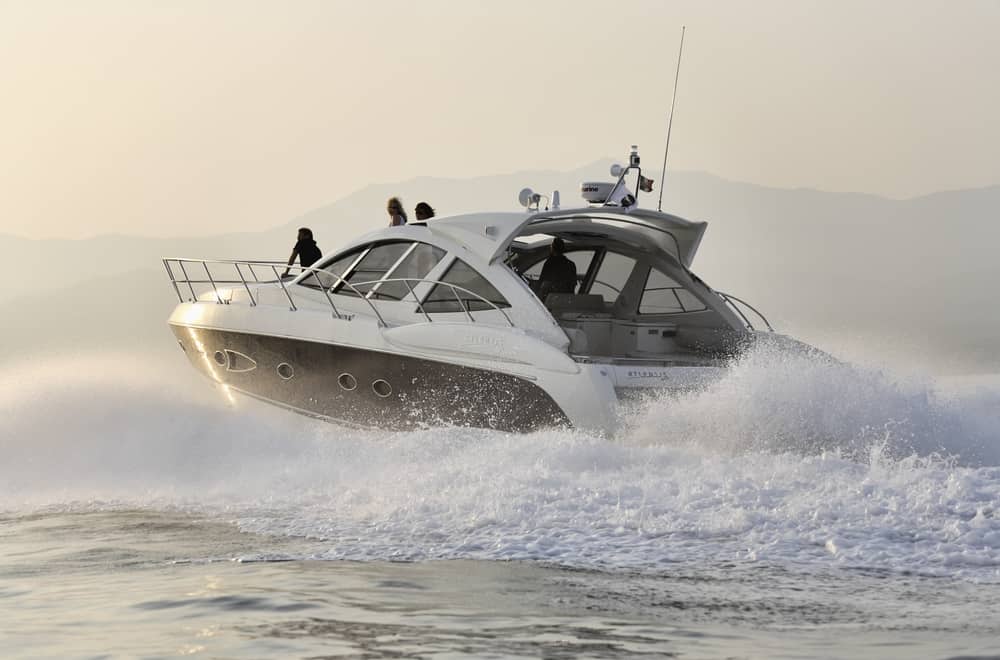 You may find yourself approaching a narrow channel, particularly at a pier or estuary. In that scenario, common sense applies. Look at the width and draft of your boat versus the boat you’re competing with. Can your boat turn or spin inside the channel? Can theirs? Do you want another Suez Situation on your hands? Probably not, so let the bigger boat through.

You might think since your boat is smaller and faster, you can beat the proverbial red light and make it through before they notice. But your boat is more versatile and can do a lot more in the open water while the bigger vessel is creeping along that cramped corridor. So be kind and let the heavier boat make its way in or out. You can do a few fun laps in the meantime.

Tip #7: If you’re using sails, you get to go first 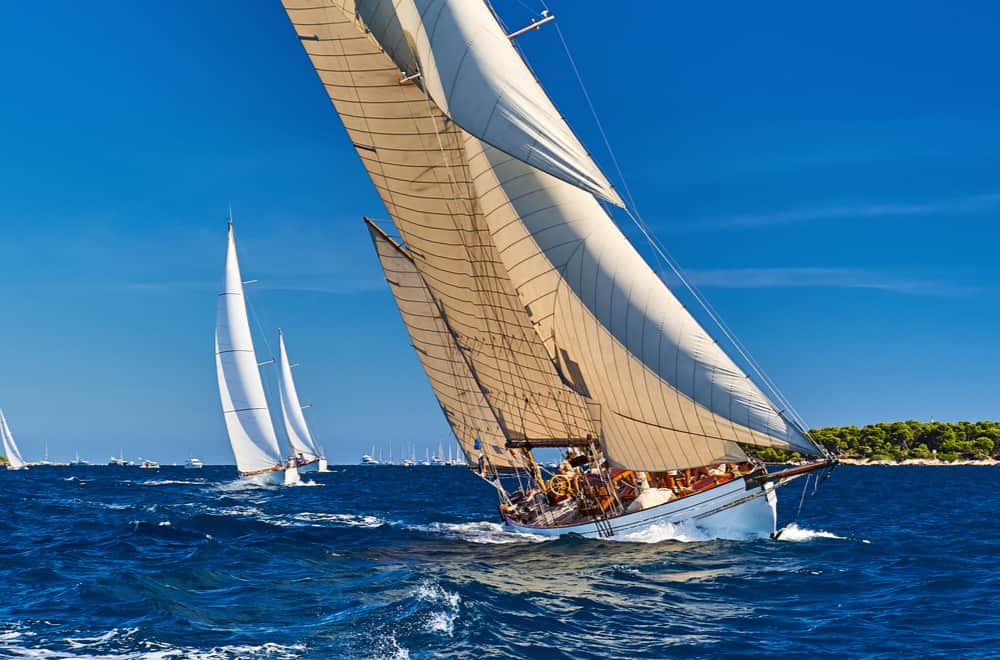 Sail boats move by the power of wind and currents. So it’s not as easy for them to suddenly get out of the way. So if you’re on a boat that only uses sails, you have right of way. But this doesn’t apply if your boat has sails as well as motors, because you can always ignite the engine and speed away. So don’t stand there staring down a cruise ship with your pretty sails.

That said, the rule is that boats with engines must give way to boats without them. So if you’re playing in a speed boat or jet skis and you’re up against someone wrangling sail cloths and/or oars, bank right and let them past. However, if you’re in a sail boat or inflatable boat or that has optional engines, put your pride aside and give the other boat priority passage.

Tip #8: If you’re sailing the same way, check your tack

Tip #9: If you have bulky fishing equipment, you win 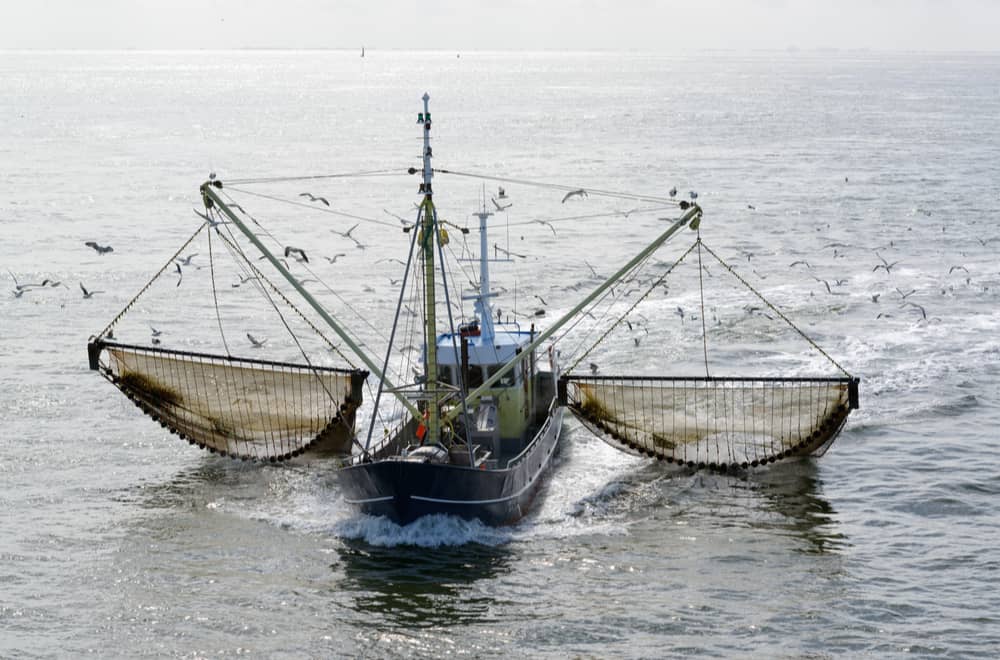 A lot of people misuse the fishing rule when they’re leaning over the sides of their boat with sails and fishing rods. In reality, fishing boats only have right of way if they’re rigged with heavy trawler gear or if they have submerged equipment hanging out of the boat. This gear makes it impossible for the boat’s crew to turn, twist, adjust or shift the vessel on a whim.

Besides, commercial fishing boats are often anchored, and they don’t have the time to release their load and get out of your way. So it’s smarter and safer to move your own boat to the right and avoid potentially losing lives and/or damaging expensive equipment. But if you’re a pleasure boat angling for leisure, don’t bully other seafarers on account of your little livewell. 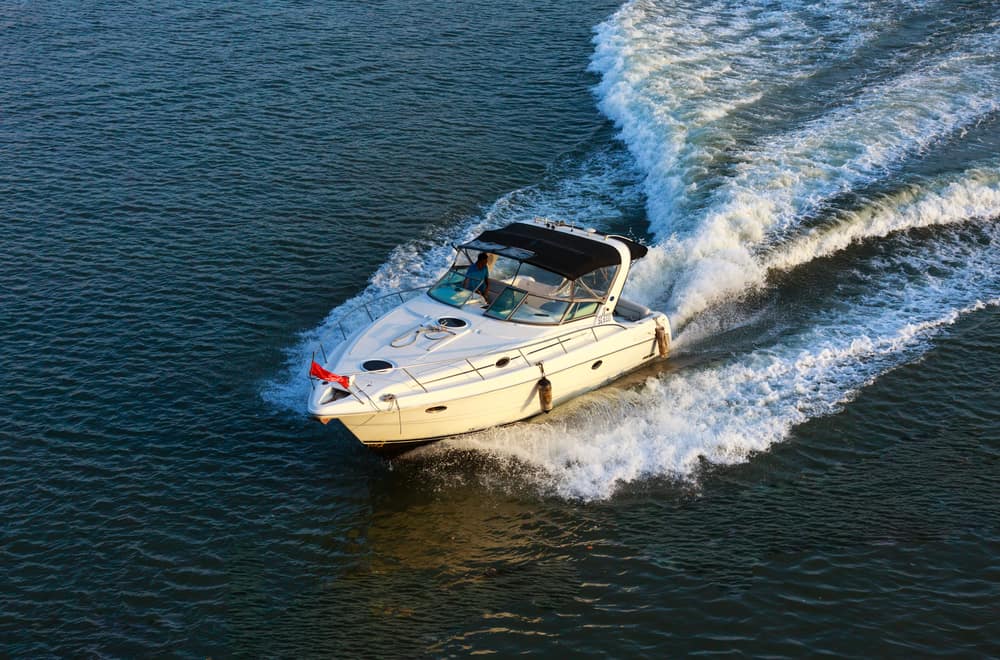 Suppose you’re approaching another boat at a right angle, or a little from the left. You probably think you can speed up and cut them off. This is just as rude on the water as it is on the road. And it’s a lot more dangerous! Once again, the starboard rule applies. Whichever boat is on the right side gets priority, and that’s the direction you need to steer your boat in.

Slow down if you need to, and wait to cross behind the other vessel rather than zooming in front of it. And you don’t want to pass too close either, since the wake of the other boat might destabilize your vessel. Give the other boat enough time to get by and put 10 to 20 meters between your vessels, depending on the size and speed of both your boats. Or steer parallel. 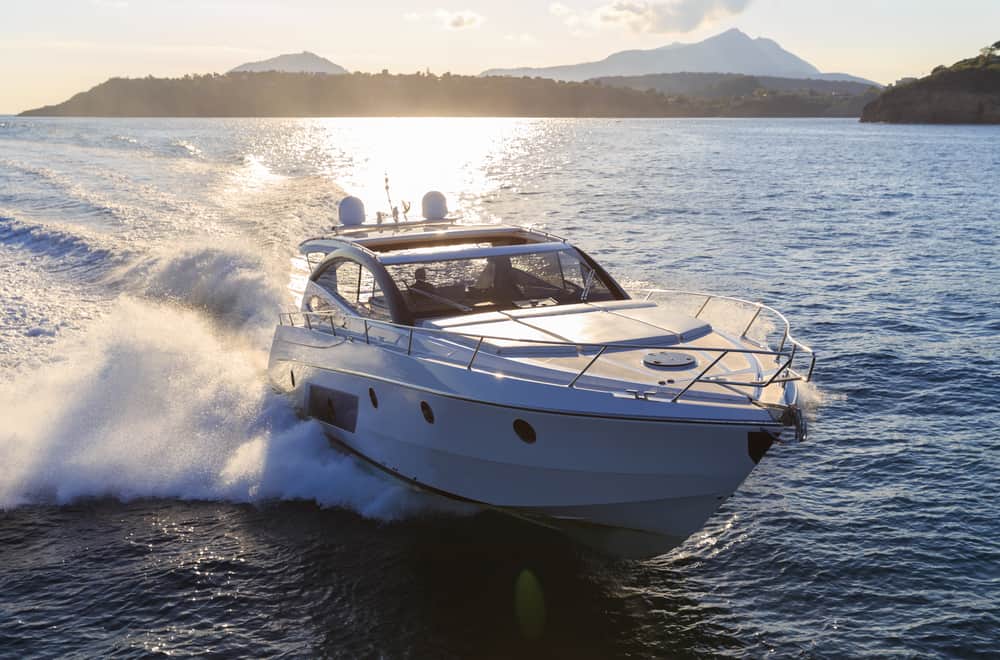 For most of us, having a faster, sleeker, more powerful vehicle makes us think we have right of way. Just think of all those sports cars that act up on the highway! And it makes sense – you can get by quicker and that’ll make everyone move sooner, so you get to cut the line, no? No. Your engine gives you a better pace, meaning it’s easier for you to get out of a tight spot.

So if you’re over there with your engine and wondering whether to let a sail boat, row boat, or paddle boat past, the answer is yes. Why? If something goes wrong, you have a better shot at escape than they do, so let the manual boat get through first. It’ll only cost you a few minutes, and if you need to, you can always overtake later when you’re back in open water. 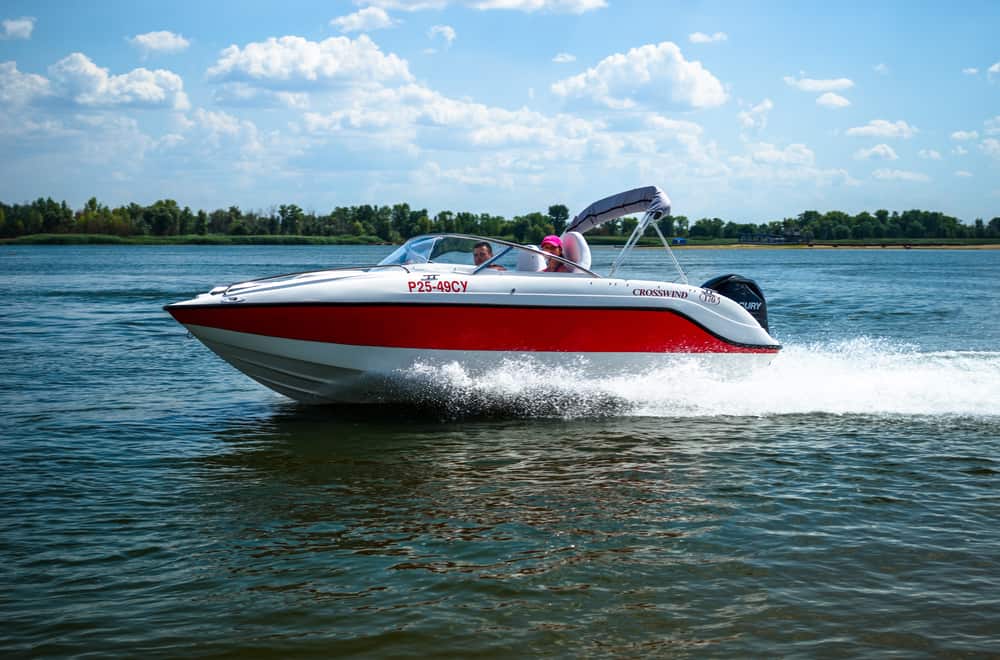 The terms leeward and windward can be confusing, so think of it as being directly in the wind versus being in the ‘shadow’ of the wind. When you’re in the shadow, something is blocking your way. The fast-moving air hits that barrier directly, blowing past you and all around you as you nestle in that protective space. This is called being on the leeward side.

The boat that’s ahead of you – on the windward side – is enjoying the momentum of the wind. But you’re on the leeward side and need more energy to move forward. So in this scenario, the leeward boat has right of way because it’ll be harder for them to get where they’re going. Wait for them to get past or cross around behind them, leaning into the wind.

Tip #13: If you’re flowing with the current, you go first 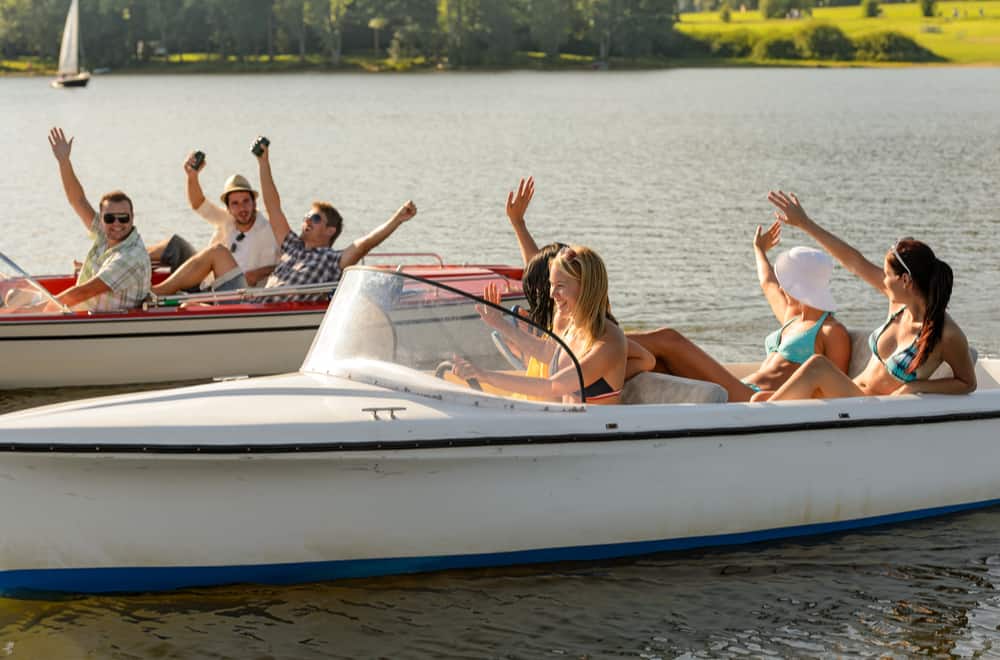 You might feel awkward about navigating right of way on smaller water bodies. In this case, you’d have to consider the water currents and passage size. But as a general rule, boats going downstream have right of way. They’re flowing with the current so they’ll get through faster and leave you lots of breathing room. But upstream boats use up a lot more energy and fuel.

This means whether they’re sailing on canvas or puttering on rotors, it will take more time and effort for them to make it through the river. Instead of stalling everyone, let that downstream momentum carry the first boat, then you can sail upstream at your leisure. Yes, this applies even when there are seven downstream boats and one upstream one. Patience!

Right of Way Exceptions in Boating

In boating, the default is to keep right. Starboard and/or leeward generally have right of way. But there are situations where common sense prevails. So while you should steer towards the boat’s right green light in moments of doubt, let the other guy (or girl) pass if:

Do you have any other tips on right of way rules for boating? Share them in the comments!