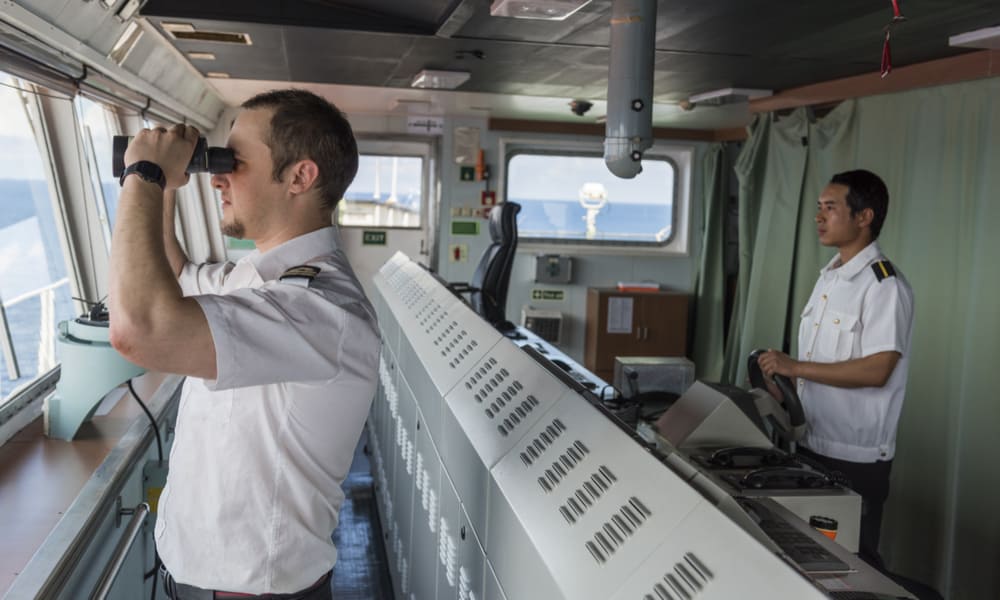 Do you aspire of becoming a ship captain? Or, are you simply curious regarding what duties and responsibilities this job holder must fulfil? Whatever be the case, you definitely want to know what ship captains do, aren’t you?

In this post, we’ll discuss every small detail regarding ship captainship, including how to become one. So, what does a ship captain do? Read on to find out!

What Are Ship Captains? 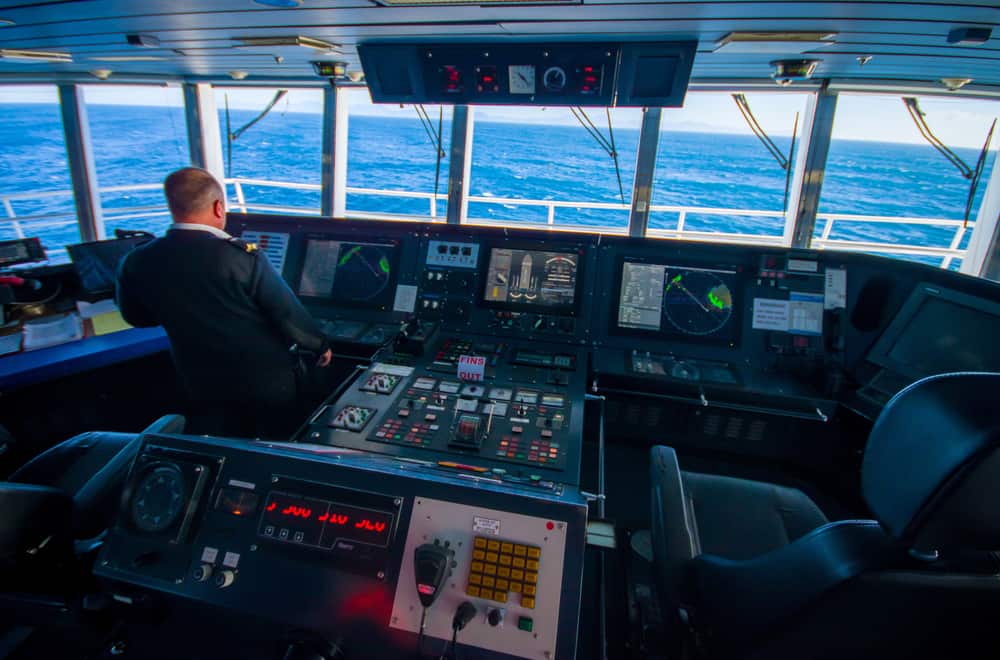 The is a common misconception among many that ship captains are responsible for driving or sailing the boat.

While ship captains are not exactly the drivers of the ship, they are responsible for overseeing entire operations onboard and managing the crew. In short, they’re like the CEO of a company. Some common names for ship captains are masters, shipmasters, and skippers.

A Ship Captain’s Duties and Responsibilities 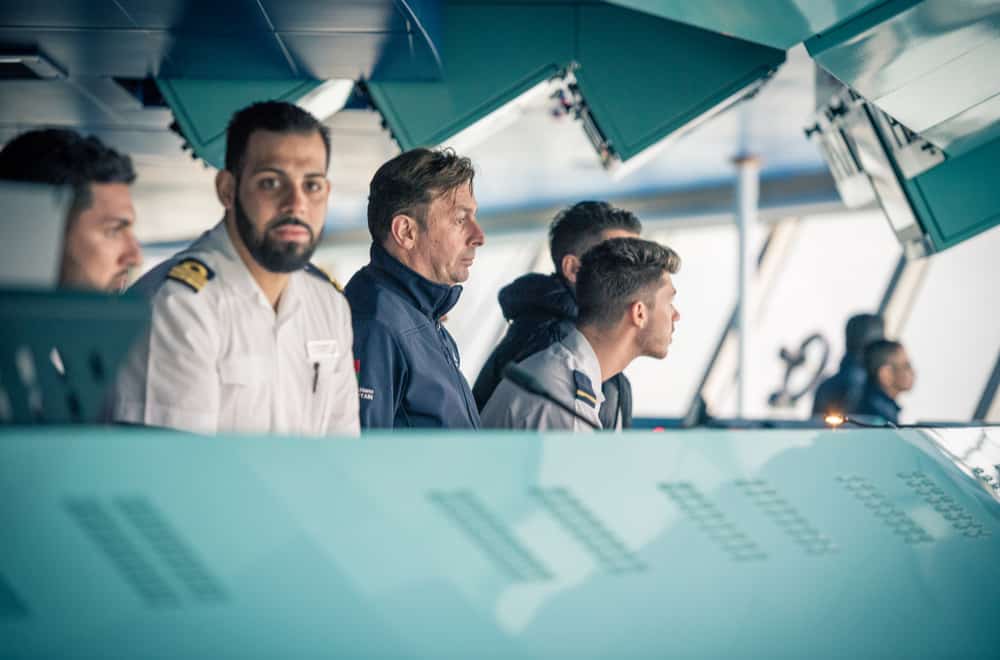 Captains often function as a manager of the ship. They monitor the performance of the crew members and, consequently, are expected to know the duties of each crew member. It is also common for captains to be in charge of staffing hours, payroll, and delegation.

Captains need to possess high leadership and interpersonal skills and do their job best if they’re good listeners and communicators. Crew members often reach out to them in case of crew grievances.

Captains read maps and charts to determine the quickest yet safest marine route to reach their destination. While with advancements in technology, computers and calculations have made a captain’s job much easier, they are still in charge of calculations.

They estimate fuel consumption taking parameters such as wind speed, vessel speed, port availability, and sea conditions into consideration. They compute the vessel’s position and dock and undock the vessels. 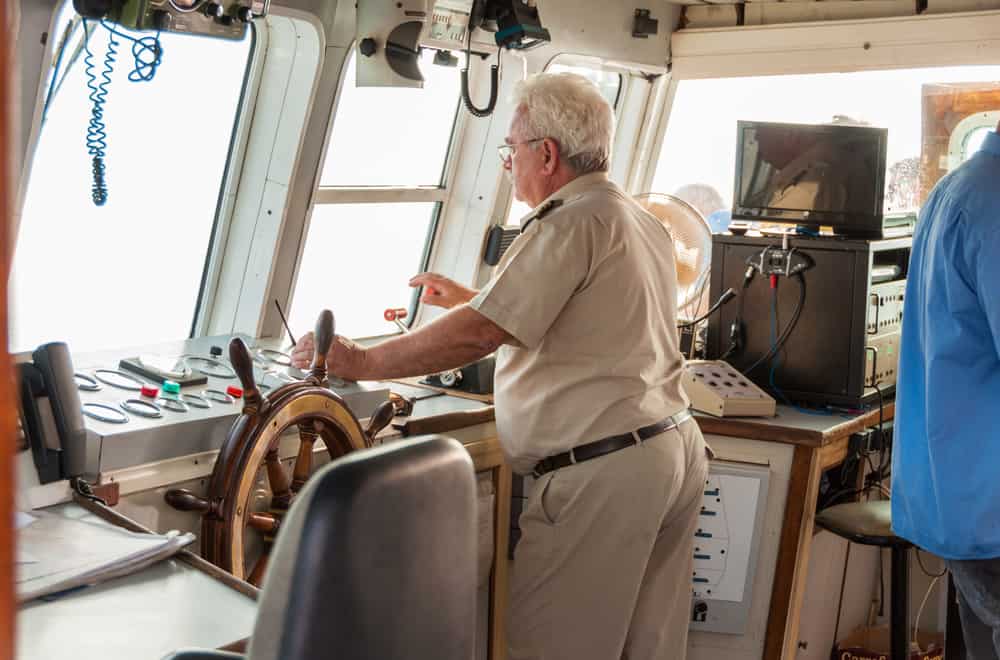 Be it computer-guided or manual operation; captains are in charge of every movement that the vessels make while on the sea.

Captains are also aware of and sometimes responsible for a ship’s finances. They are authorized to buy and inventory equipment for the ship.

Likewise, they are also in charge of safety and security on the ship and are expected to respond appropriately in case of threats such as terrorists and hijackers.

Captains are also responsible for making sure is that their ship is in good shape and can withstand the abuse of the sea. They are required to assess if or not their ship adheres to local marine rules and regulations and are only expected to be on a voyage only if it is legal and safe.

Captains are the highest authority on the ship. Therefore, they are in charge of making sure that mandatory laws and regulations are strictly followed within and by the crew members. Captains ensure that their vessels meet local as well as international customs and inspections.

Therefore, captains are expected to be knowledgeable on all the rules and regulations to be followed as well as be wary of the disciplinary conduct of crew members. They are required to soak up information from all other crew members and do extensive record keeping.

Be it a cruiser liner, freighter, or military ship; captains are required to communicate with their superiors. They’re expected to pass information from the superiors to the crew members and back from the vessel to the superiors on land.

In cruiser liners, captains are responsible for making sure guests are treated with proper hospitality. However, many cruisers these days have hotel directors to oversee hospitality. Often, captains of commercial freighters must communicate with coast guards and local governments.

What is the workplace of a Ship Captain like? 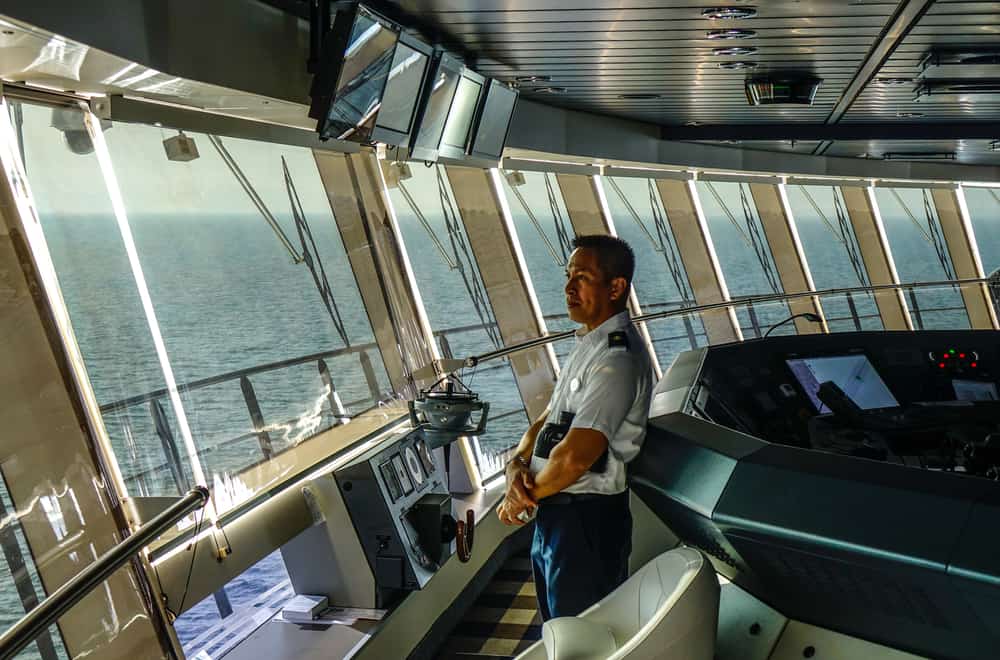 The major factor that decides the workspace of a ship captain is the size and type of the ship. Sometimes, captains are only on duty for a few days outing, whereas their duty can sometimes be weeks or even months long.

In large companies, captains undoubtedly are provided with luxurious accommodation, sponsored flight travels, and paid vacations. Being the commander of the ship, they enjoy authority and various perks that come with it.

Having said that, captainship is a challenging role to take on. They have to lead by example and display excellent management and communication skills and take responsibility for every minor setback on the ship. Although they enjoy royalty, the crown is quite heavy, to be honest.

Are you suited to be a ship captain? 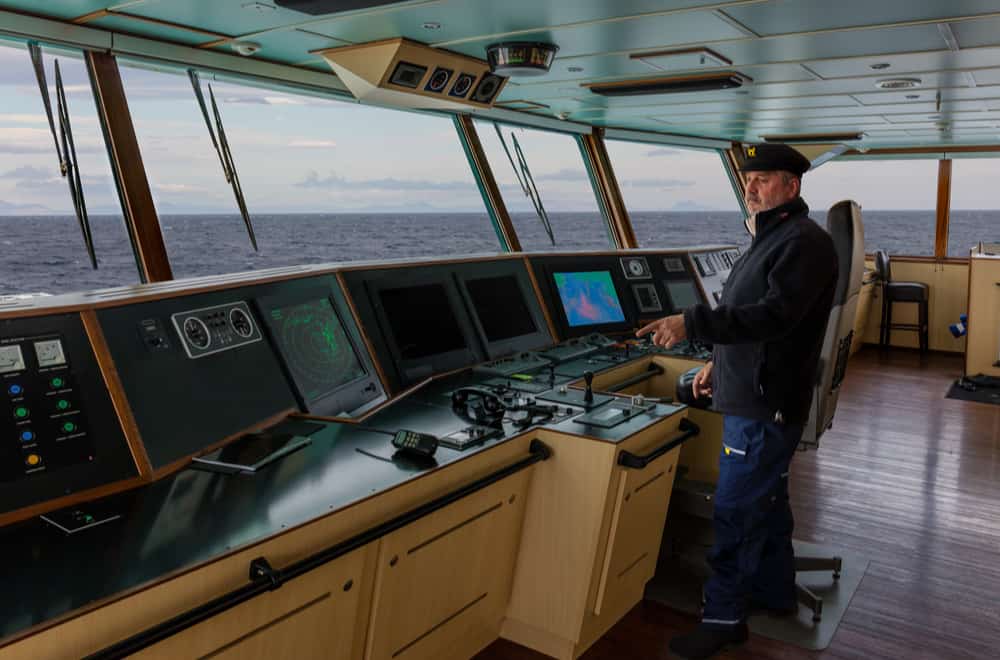 Okay, so you are confident that you possess the qualifications for a ship captain job position, and the duties and responsibilities look like your cup of tea. But these indicators still don’t make a person a good ship captain.

A ship captain should have a love and enthusiasm for marine adventures. They should be optimistic, energetic, confident, and assertive. Moreover, they should also be independent, realistic, and motivational.

Ship captains should be active listeners and pay full attention to the valid points being made by crew members. They should also be logical and critical thinkers such that they can come up with pragmatic solutions to problems on hand.

In a nutshell, if you possess these traits and you’re willing to become a ship captain, you’re highly likely to flourish in this career.

How To Be A Ship Captain? 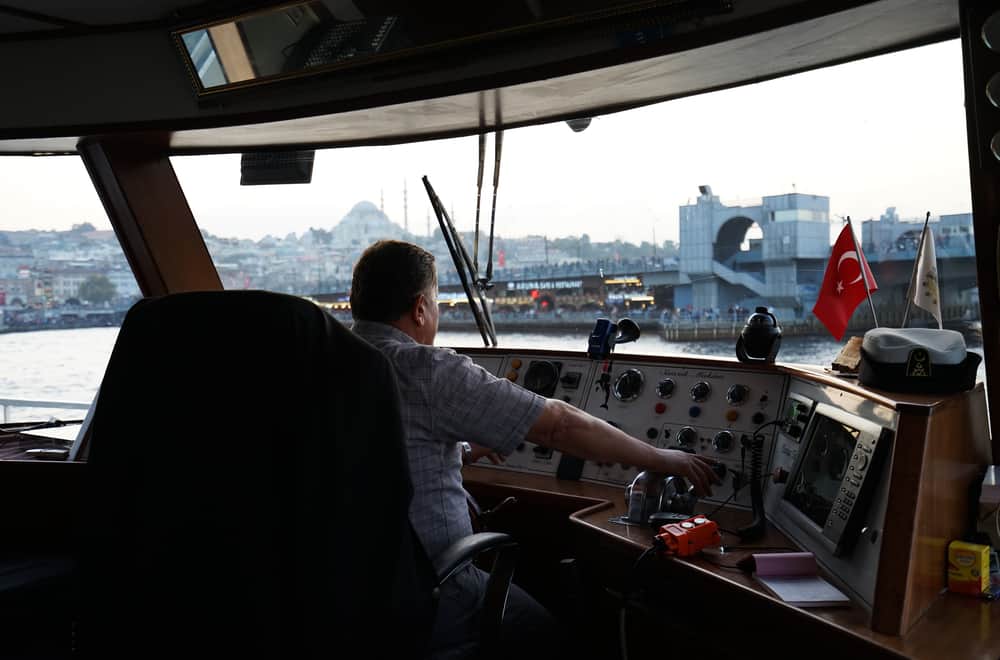 It takes years of training and experience to become a shipmaster. US Coast Guard curates the training required for water transportation workers. While formal education is not necessarily required to become a marine worker, it can definitely help you set a strong foot in the career once you graduate.

The graduates from these accredited academies are licensed the third officer upon graduation. There are also several maritime high schools that prepare students for their career in marine transportation.

It takes years of on-site training and experience, qualifying exams, and multiple promotions for a third officer to become a ship captain. Shipmasters must also hold a Deck Class I certificate of competency (COC).

In general, it can take around 10 years or more for a third officer to finally reach the position that they’ve been vying for – a ship captain.

What is the Average Salary of Ship Captains?

According to salary.com, the salary range of a ship captain is between $95,513 and $123,206, with an average salary of $109,147. This data is as of February 25, 2022, and is estimated to vary depending upon education, additional skills, certifications, and years of experience. 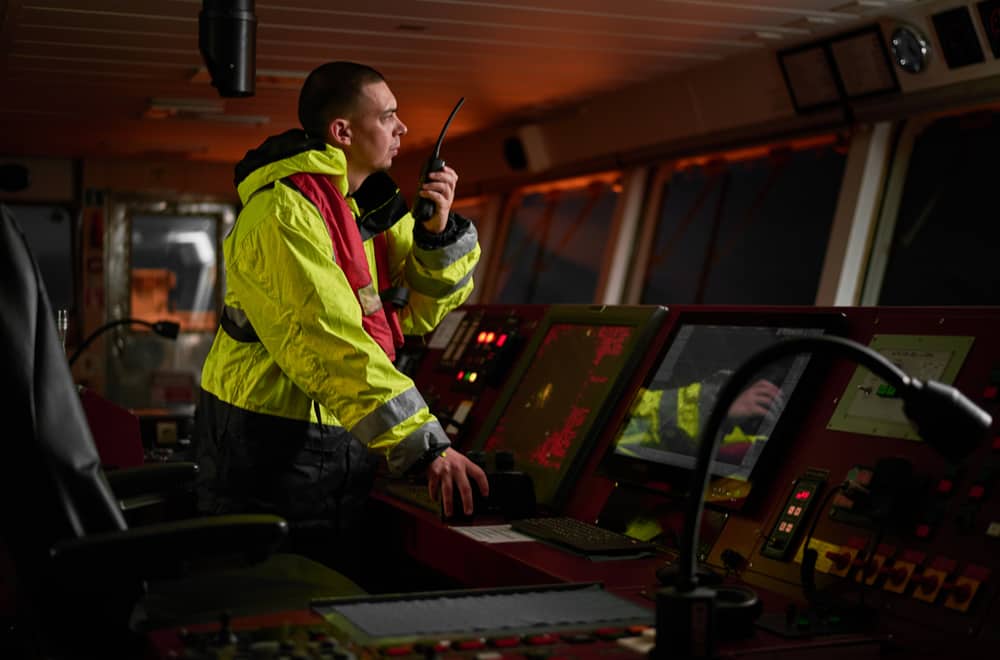 As we’ve discussed above, the captain or the shipmaster is responsible for overseeing the safety and discipline of the ship. They are the people in command on the vessel and are to be consulted and notified regarding any minor or major operation that occurs on the vessel.

Staff captions are deputy to caption and are required to fulfill the duties and responsibilities of a caption in case of the captain’s unavailability or emergencies.

This position is in charge of the deck navigational watch on the bridge and safety and is authorized to delegate his duties to third officers. With enough experience, chief mates become a master.

Second mates are also in charge of navigational watch, and they become chief mates once they garner enough experience and pass qualifying exams.

Deck cadets are intern navigation officers and are required to do jobs delegated by their seniors.

Chief engineers are in charge of the engine room, supervise most technical jobs on the ship, and are required to report to masters whenever necessary.

Third engineers look forward to becoming second engineers and are responsible for operating and maintaining generators, boilers, and other machinery in the engine room.

This position is responsible for overseeing environmental operations, documentation, policies, and training.

Apprentice officers are a trainee who is undergoing training on the ship as a compulsory part of their course.

There are many more positions in a ship. However, elaborating on each of them is another article. Here’s a post by Tough Nickel on ship ranks in case you’re interested!

We hope we could provide you with enough insights on a ship captain’s workspace, duties, responsibilities, and salaries.

If you’re an aspiring ship captain, we’ve also given you a brief overview of the education and experience required to reach the position. Do you have any more queries regarding ship captainship? We’re all ears!