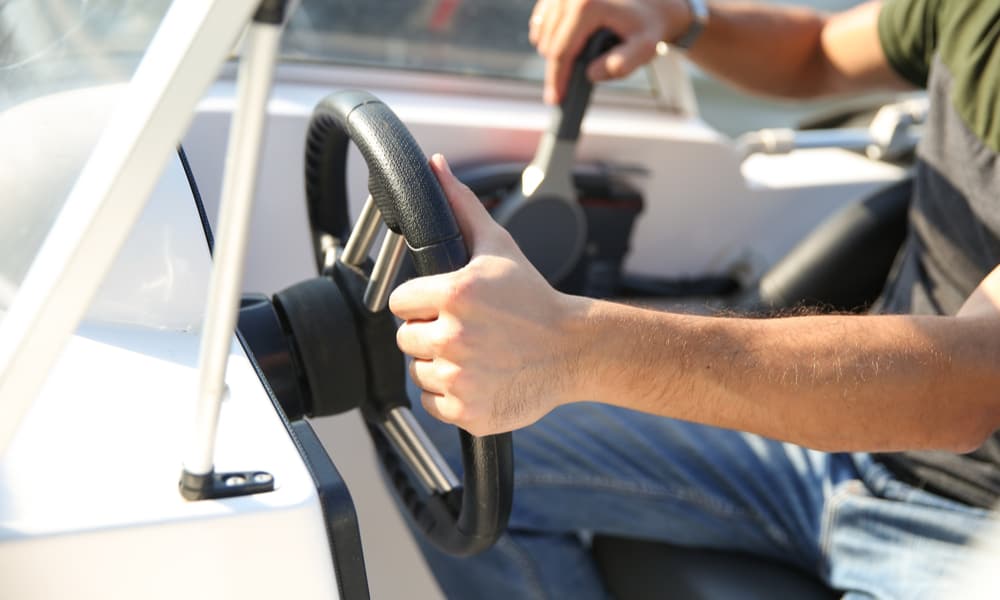 In this post, we’ll be discussing four possible reasons why boat steering wheels are on the right. Further down the post, we’ll also talk about various other boat terminologies and rules that might interest you.

So, if you’re a boat enthusiast or simply someone fascinated by boats and is willing to learn more about them, this post is for you. Let’s get started!

Why Are Boat Steering Wheels on The Right? – 4 Reasons 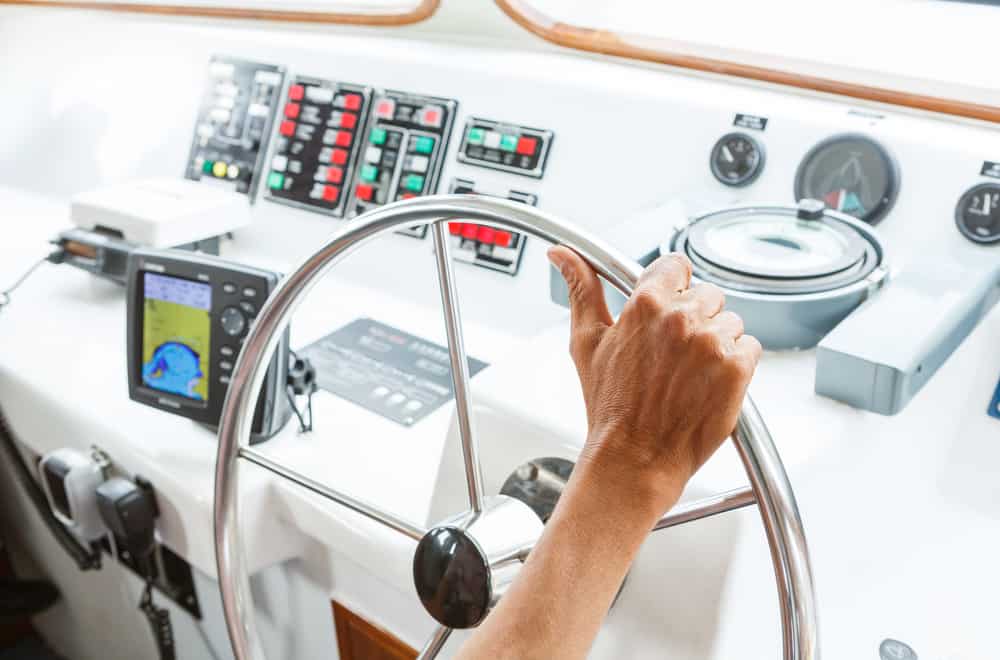 If you were wondering why the boat steering wheels on most of the vessels you have encountered are on the right, here are four major reasons why such a design is beneficial to the drivers.

This section will discuss how the conventional steering method played a role in the design and what other technical and driving rule aspects played a role behind the design.

Traditionally, boats were steered using a big paddle called a steering oar. As most of the people were right-handed, the steering oar was conventionally mounted at the right side of the boat.

Although it is the conventional configuration, many vessels still follow the same setup. Therefore, it is only reasonable for the steering wheels to be located on the right side of boats, i.e., on starboards.

There are also speculations that the placement of steering wheels on the right gives the sailor better access to the throttle.

The column ‘The Straight Dope’ mentions how the design features steering wheels on the ride side of boats just make sense. There’s a mechanical reason for it.

Boat propellers typically spin clockwise, and the resulting torque pushes the left side of the boat down by 2 to 5 degrees.

However, with the addition of trim tabs, the issues regarding the torque were solved a long ago. Therefore, many believe that this technical reason is not why the steering wheel was and is situated on the right side of the boat and gives more credit to the conventional explanation.

According to rule no. 5 stated by International Maritime Organization rules, a vessel must have enough lookout in hearing and sight in order to prevent any accidents.

When the driver is on the starboard, i.e., on the right side of the vessel, there is enough visibility on the right for the drivers to keep an eye on possible accidents.

Vessels coming from the left do not have the right of way. Consequently, they’ll wait and watch for the possible movements from the sailors coming to the right.

Nevertheless, there are a few exceptions to this scenario. In cases where boats theoretically have the right of way over powerboats, they aren’t allowed to exercise power while sailing in a narrow channels.

Therefore, a driver has to be wary of such a situation when they cannot use their right of way over other vessels.

According to the rules of International Regulations for Preventing Collisions at Sea (COLREG’s), the incoming traffic in the sea is best contained on the right side.

As vessels must keep to the right on narrow water paths, and since most of the drivers are right-handed, steering wheels are best-stationed starboard on the boat.

Do All Boats Have Steering Wheels On The Right?

As the majority of sailors are right-handed and the sailors have gotten used to rules favoring the sailor’s position on the right side of the boat, such as port by port passing rule, boat manufacturers wouldn’t want to complicate the process by placing steering wheels on the left side of the boat.

On the other hand, small boat manufacturers still prefer the steering wheels on one side of the boat as it undoubtedly is a more spacious design. Nevertheless, remember that one still needs to follow sea traffic rules regardless.

Why Boats Use Port and Starboard? 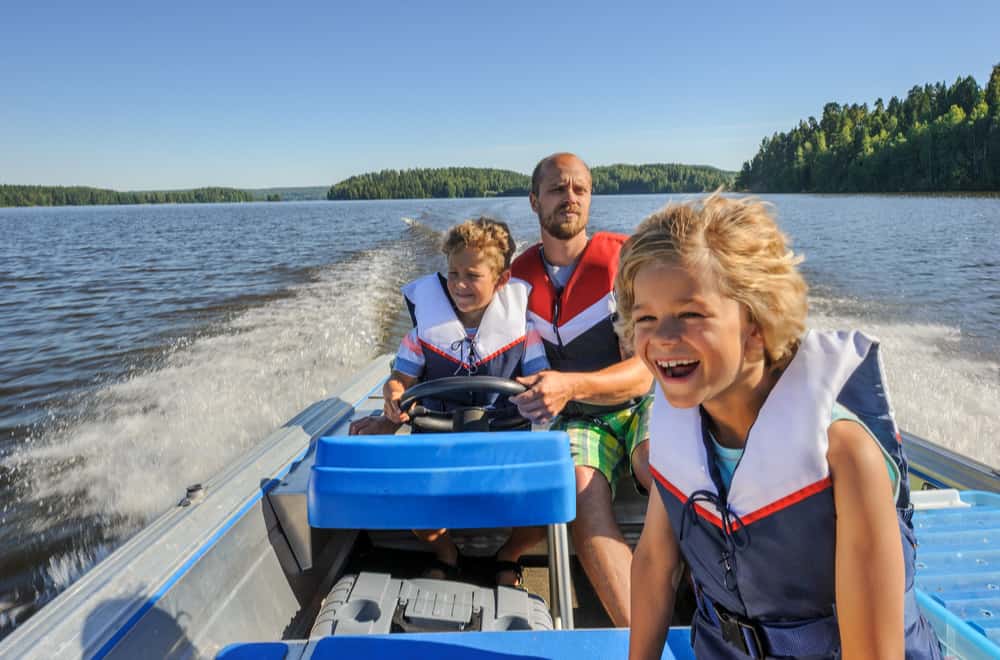 While many newbies are confused about why boats use the port and starboard instead of left and right, these terms are, in fact, used in order to avoid confusion. A boat’s left side is named ‘port’ and ‘starboard’ denotes the right side of the boat.

Similarly, when a boat is coming towards a viewer head-on, the boat’s starboard will look left and the port on the right to the viewer.

However, to those facing forward on the boat, the port is actually the left side of the boat. Quite confusing, isn’t it? ‘Left’ or ‘right’ depends upon the perspective of the viewer. Therefore, the terms ‘port’ and ‘starboard’ in order to avoid miscommunication.

Why Port is Left Side of The Boat? 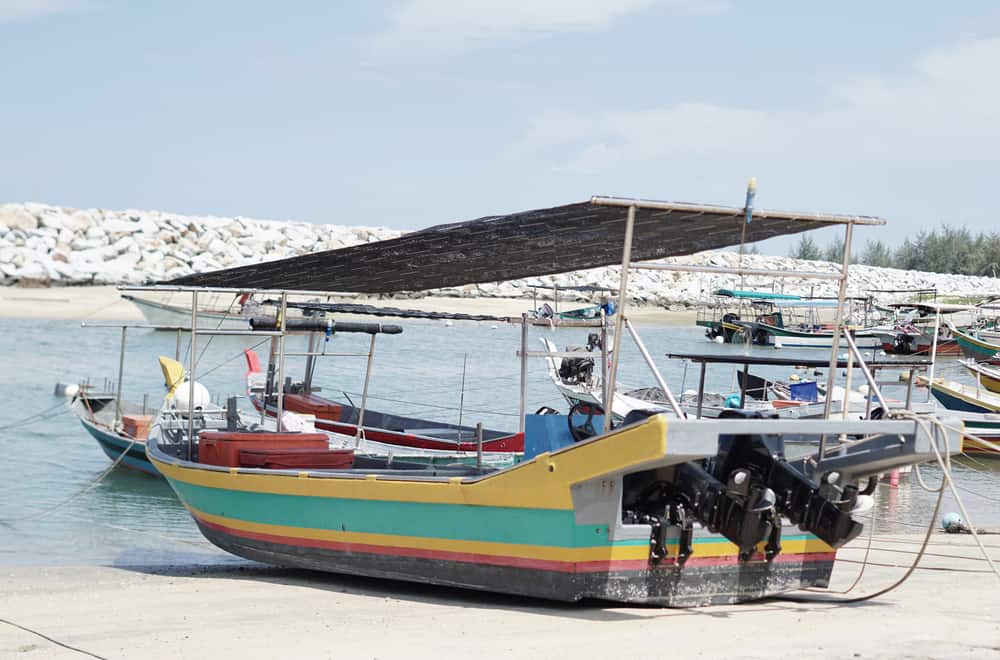 Boats typically approach the port with the left side aligned parallel to the port to be tied up at the wharf as approaching the boat towards the boat facing the right side might be damaging to the fragile oat paddle in the right side of the boat in a traditional setting.

Anglo-Saxon sailors during the early Middle Ages denoted what we today know as ‘Port’ as ‘Baecbord’. The record of the Viking, Ohthere of Halogaland, denoting the left side of the boat as ‘Baecbord’ is the witness to it. There are speculations that the term originated from the fact that sailors generally have their backs on the left.

Later on, the term ‘larboard’ was introduced. Many assume this naming has something to do with the fact that cargo and passengers are loaded from the left side of the boat. ‘Larboard’ might have been derived from the word ‘Ladder board’, which was used for the purpose.

However, since the words ‘Larboard’ and ‘Starboard’ sound similar, the Royal Navy made sure that the term ‘Port’ be used instead in order to avoid confusion.

Why is Starboard The Right Side of The Boat? 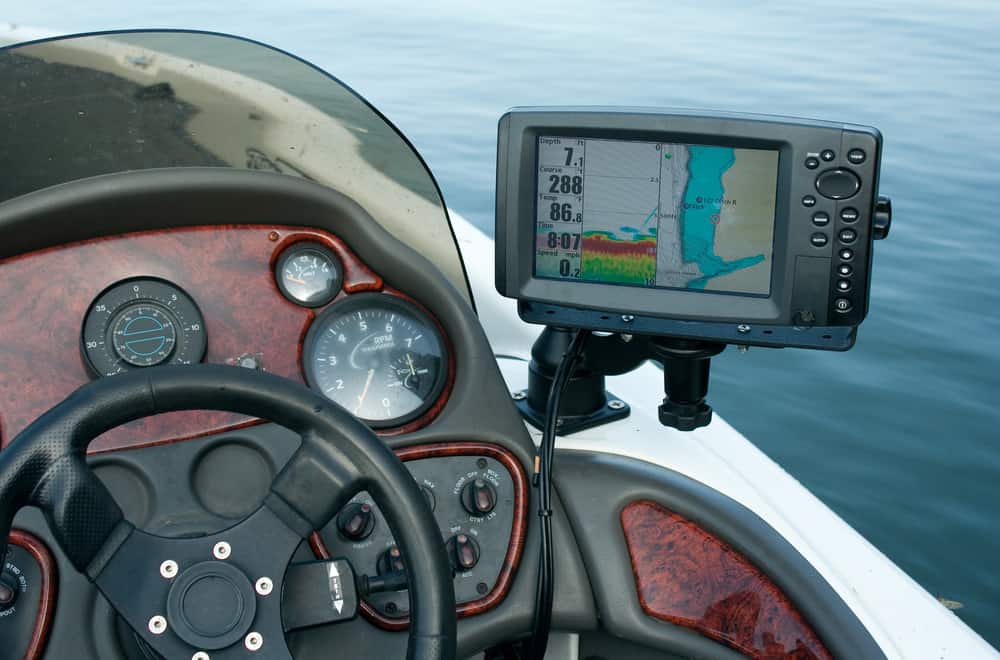 The term ‘Starboard’, which denotes the right side of the boat, has been derived from the old English word ‘Steorbord’.

It is the side of the boat from where the ship is steered. ‘Steuerboard’ in German, ‘Styrbord’ in Swedish, and ‘Stuurboord’ in Dutch are some of the common etymologies of the modern-day ‘Starboard’.

Why Do Boats Use Port-To-Port Passing Rule? 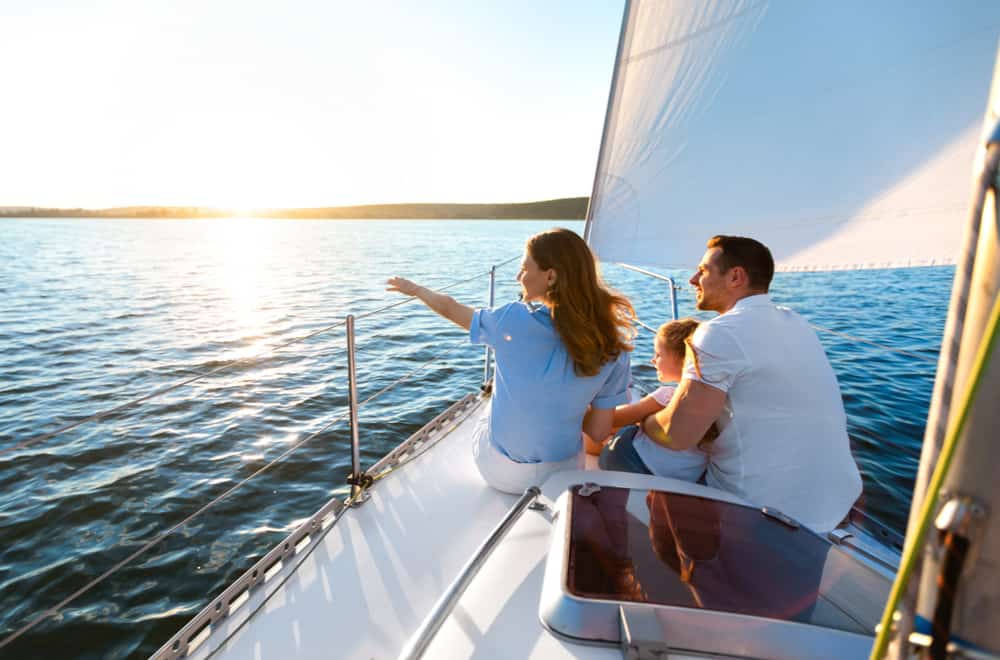 Who knows, if the majority of the people had been left-handed in the past, various boat associations might possibly have made the rule different from what exists today. For instance, drivers might have to follow starboard to starboard passing today!

Port-to-port passing allows the driver to be wary of any possible collisions and handle the boat accordingly.

Nevertheless, some modern boats feature steering wheels on the left, and drivers these days definitely need to adjust according to the rules.

Steering Wheel On A Car and A Boat – Is The Handling Similar?

When steering your car wheel, the vehicle shows an instant response, thus, making it easier for the driver to estimate the degree to which they should be turning the vehicle. On the other hand, the driver gets a delayed response from the boat.

Moreover, a car steering wheel turns the car from the front. It is different as in the case of a boat since it steers from the back.

Which reason among the above four did you find the most credible? If you’d ask us, we believe in the theory that if many humans were to be left-handed, the majority of the boats would have been manufactured with steering wheels on the left.

As per the technical aspect, though solved long ago, it might also be the reason why the design first circulated. What do you think? Share your thoughts below!